WATCH PANEL ON YOU TUBE http://youtu.be/uCEPsWF59mI

Using detailed research, the EUCACH.ORG panelists describe Transhumanist Agenda that is now using advanced scalar technologies, super quantum computers, a quantum cloud, a super grid of over 1000 grids that is connected to HAARP for global coordinated mind control of a growing population of human robots that are created via these technologies for a global control and enslavement agenda. EUCACH.ORG Panel

In a 2-hour wide-ranging Panel with Alfred Lambremont Webre on the Transhumanist Agenda, Magnus Olsson, Dr. Henning Witte, and Melanie Vritschan, three experts from the European Coalition Against Covert Harassment, revealed recent technological advances in human robotization and nano implant technologies, and an acceleration of what Melanie Vritschan characterized as a “global enslavement program”. 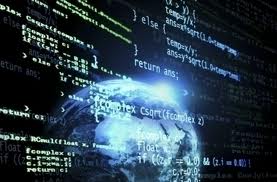 Shift from electromagnetic to scalar waves

These technologies have now shifted from electromagnetic wave to scalar waves and use super quantum computers in the quantum cloud to control “pipes” a reference to the brains of humans that have been taken over via DNA, via implants that can be breathed can breach the blood-brain barrier and then controlled via scalar waved on a super-grid. Over 1000 grids worldwide are now connected into a mind control super grid that is connected to HAARP as a master planetary mind control machine, according to EUCACH.ORG.

Several years ago, one conservative estimate of the number of individuals whose brains had been entrained into the super grid was set at 6 million persons in the European Union alone, and now is estimated to be greater. EUCACH.ORG performs free RF radio frequency readings for citizens to ascertain if these individuals are being targeted with scalar nano technology control weapons. In a recent public RF testing in London, UK, 40% of the participating public tested positive for emitting RF frequencies, and indication that they were being subjected to non-consensual scalar mind control. In one public testing, 100% of public participants tested positive. One targeted individual testing positive for RF frequencies was a five-year old child, indicating that children are at risk of human robotization in the Transhumanist Agenda. 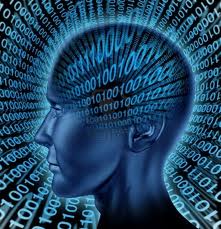 When asked for individuals and institutions operationally involved in this new mind control super grid and Transhumanist Agenda, Dr. Henning Witte indicated that his was his personal opinion that the illuminati  Agenda is controlled, and is implemented by military-intelligence agencies in a pyramidal organization. At the top of the Pyramid is the Mossad, which serves as the military-intelligence arm of the Rothschild bloodline banking interests. Next on the mind control implementation pyramid are U.K. agencies such as MI6 and MI6, closely connected to the British Crown and City of London Illuminati bloodline banking families. At a third tier are the Russian and U.S. military-intelligence agencies (KGB, CIA, NSA). A lower level of the pyramid includes the Swedish and German military-Intelligence agencies. The U.S. Defense Advanced Research Projects Agency (DARPA) is a leader in research on the scalar and nano-technologies for robotization and neurological torture of humans, including so-called “Smart Dust” or Morgellons, as well as the FUA, the Swedish counter-part of DARPA, and the Nobel Prize recipient Karolinska University Hospital in Sweden, according to EUCACH.ORG. When asked if he believed the Wallenberg Foundation may also be involved in funding mind control research, Henning Witte responded that he agreed it was plausible. ExopoliticsTV has reported that the Wallenberg Foundation may be funding the Tromso Norway HAARP facility which is responsible both for the Norway Spiral of Nov. 1, 2009 at the time of Barack Obama’s Nobel Prize speech, and for the March 13, 2011 Fukushima HAARP nuclear false flag event.[1]

Can the Transhumanist Agenda be stopped? Magnus Olsson of EUCACH.OTG estimates that the Transhumanist Agenda can be slowed and stopped, with significant progress on protecting targeted individuals happening in the coming decade. One focus of activity is alerting public awareness through media, including a series of interviews that will be aired on Russia Today (RT) and other mainstream outlets. Another focus is legislative, with activity at the European Parliament, although the group concedes that a global ban is necessary.